Mike Fitzmaurice plays both guitar and acoustic bass in Colcannon. Another former visual artist, he earned a degree in painting before becoming involved in music. His musical past has run the gamut from bluegrass band to blues band to ballet orchestra. Mike’s bass playing is unique in the traditional music scene, with the instrument often stepping up as an equal voice in the melodic texture- the “bass fiddle”, as it were. He is also a skilled composer, and has written two full-scale works for Colcannon and symphony orchestra, “The Red Kite” and “Lusanna”. 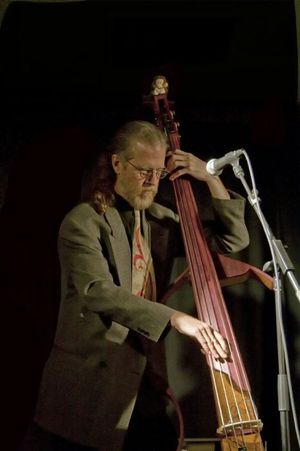